A Bloody Terrigal Day for Rees and all NSW.

The only pic of KKK without the rehearsed fake smile.

As Planning Minister, Keneally did absolutely nothing to remove the stench left hanging over that portfolio by former Minister for Planning, Development, Long Lunches and Handshakes, Frank Sartor. Hilariously, the NSW State Government is that bereft of talent that Sartor was the alternative serious candidate. Hardly surprising that John Dellabosca even considered himself a viable candidate, in spite of his very poor taste in spotlight-hungry mistresses and Central Coast nightclubs.

So now we’ve got a God-botherer of the highest order at the helm. Keneally’s biggest undertaking so far, other than continuing the NSW ALP Clusterf&%* To Oblivion, has been to flood Sydney with pilgrims looking for Jesus at a racecourse. If I remember the Bible at all, I think that Jesus got really pissed off at false prophets and idolators who encouraged their followers to do the same.

Obviously, more than just spelling the end for New South Wales, today spelt the end for now-ex-Premier Nathan Rees, the former garbage man who in true Disney-matinee style arrived in office from nowhere, promising to clean up this state.

Did he achieve that ambitious goal? Obviously not.

Should we appreciate him for at least having a crack? Probably.

Was he a better option than the one we’ve just been served? Definitely. 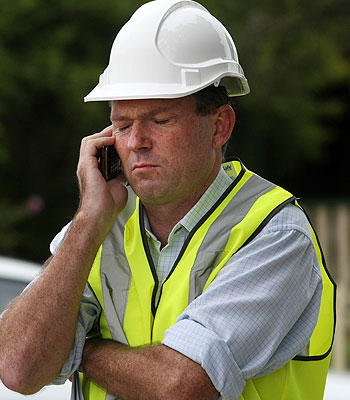 Anything that puts Joe Tripodi’s bloated toadish mouth closer to the ear of power is a very bad idea. Rees lacked the political skills, backing, or team that he needed to achieve his stated intent. But at least he had some sense of obligation to the people who sort of elected him. As much as his proclamation that Obeid, Tripodi, and Sartor are treacherous puppeteers was an effort to save himself, it was also one last use of his public voice to wake up anybody still unaware of the fact that the NSW Government now serves nobody but itself. Its dominant members share nothing with left-leaning visions of social justice or equity that generally have characterized the Labor Party or its satellite groups.

These people are only in the NSW Labor Party because in this state it has always been the natural party of power. Big ‘L’ Liberals by any other criteria, they paid their membership fees to ensure passports to power.

Along with the likes of Roozendaal and Hatzistergos, these are politicians who, in my opinion, are so out of touch with their responsibilities to the greater public, and even out of touch with basic decency, that anybody who still gives a damn must find a way to force an election.

And won’t that just provide a sequel to the tragedy.

Because at the end of the day, that’s going to lead to a state government that necessarily involves the Liberal Party. And how tragic must things have become for that to seem preferable to this?

I can’t speak for City Hub, as I haven’t yet discussed this with either our features or managing editors, but I think that the following MUST happen.

Any seated Labor MP in the NSW government who acknowledges that their PArty has well and truly eaten itself MUST resign from the Labor Party and either continue to sit as Independents unbound by NSW-ALP-Keneally visionless discipline OR force by-elections in their electorates.

Any politician who continues to identify themself as part of the NSW ALP state government should spend every day between now and the moment that they are ever-so-slightly distanced from the public purse anticipating the moment when they can no longer pass legislation for want of fully-paid-up puppet colleagues.

And what a shame for women that the elevation of the first female Premier of New South Wales is no cause for celebration at all, that she is a Powerslave first, an Xtian second, and a crusader for women’s third, if at all.

Disgusted. Rees, you were a bit of a disaster, all things considered, and you should have sacked your flaks and damage control experts the moment you took office, but already we miss you.

Christ in a Keneally.